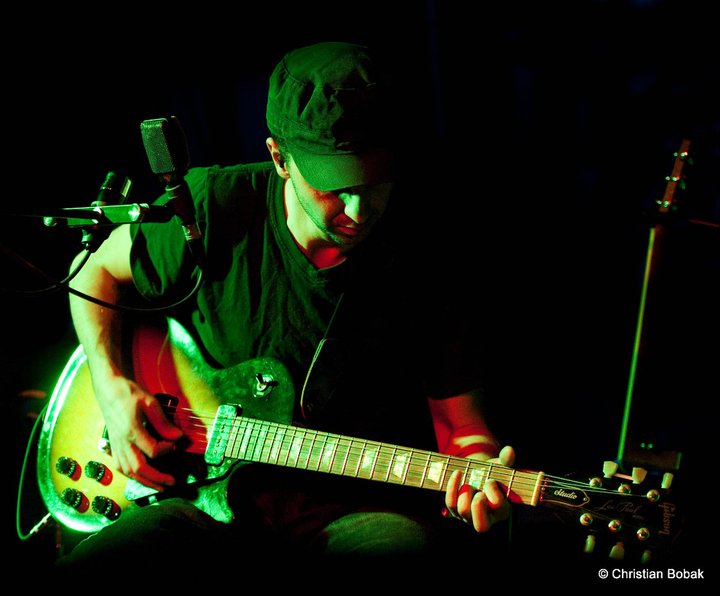 “Outside along the street were 30 bands, in 30 clubs, all of them loud and fast, and here was Douglas, soft and intimate and piercing through it all. My hair stood up and I moved closer to hear and see better; people were quiet, you could hear a pin drop. They were listening so intensely and I knew I wanted to do something with this guy. This is what you look for – straight from the heart.”  –Michael Shrieve(Santana)

The world has gone mad. In case you haven’t noticed, it went mad a long time ago. So, what’s one to do when everything is all-wrong? Holler their lungs out like a drunken hobo holed up in a thunderstorm under an overpass on the outskirts of Paradise City, or gently sing their kid to sleep in the warmth and safety you’ve managed to carve out of the junkyards of society.

If you are Douglas September, you do that and build a chicken shack out of cast-off scrap like an insane architect with a belly full of rum. He sings like he’s gone to hell and back. Sublime, and at times frightening, Douglas September’s work should firmly solidify what is rightly a growing reputation for re-invention and incredible originality.

“It’s music with depth and a dense musical vocabulary that spans through decades yet sounds simultaneously current and timeless.”–Darryl Neudorf(Neko Case)

“I hear Douglas September and I hear creativity and soul!” –Rita MacNeil

“His singing sounds elegiac, something like Steve Forbet with severe vocal problems.”–Stereo